A Blaze of Adversity 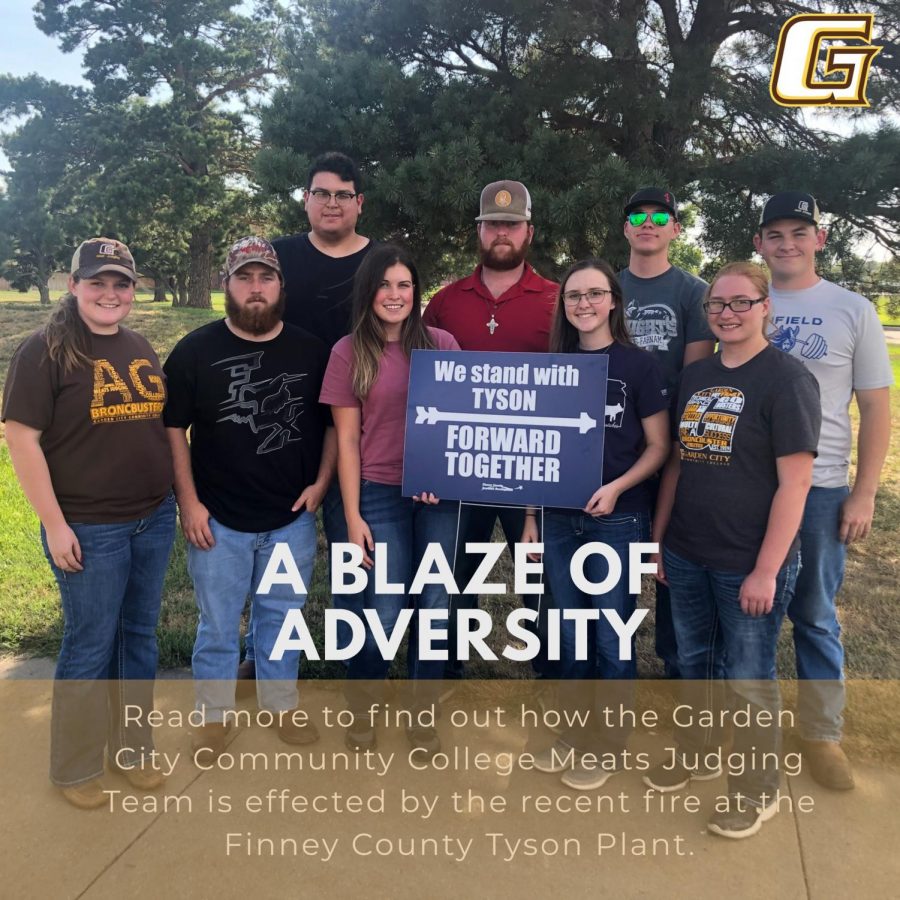 As a section of the processing floor at the Finney County Tyson plant broke out in flames on August 9th around 8:30 pm, a future that once seemed clear became clouded with uncertainty. Thankfully during the outbreak it was reported that no individuals were physically harmed. However, after emergency crews battled the fire for approximately sixteen hours, it was announced that the plant would be closed indefinitely.

Not only has this dreadful event effected ranchers, feedlots across the state, cattle prices, partnered companies with Tyson, Tyson employees, but also the nationally recognized Garden City Community College meats judging team and Buster Red Meats. The team regularly practiced at the plant, but that is no longer available for the time being. “100 to 120 students from as many as 12 schools were expected to attend a Beef Empire days contest at Tyson – a contest that has been held for over thirty years.” Clint Alexander, head coach of the Garden City  meats team, said. Because of this set back, the meats judging team is now required to commute to the Cargill plant located in Dodge City, KS in order to prepare for the upcoming national championship that will be held in late October. “Together we are going to have to overcome this adversity by working harder and dedicating more time to continue to compete at the level we have.” Dallie Metheney, a 2019 meats judging team member, said. Despite the hard work and preparation for the Beef Empire Days contest, it is unclear if the contest will take place.

Not only does the meats team have to make adjustments to location, but they must also make adjustments with their business partners. In November of 2018, the meats program at the college, Buster Red Meats, partnered with Klaus Wood Pellets to provide beef, pork, and lamb meat cuts for consumers at the downtown store. With the unforeseen circumstances, Buster Red Meats was forced to find a temporary location to obtain meat and continue their business with Klaus Wood Pellets.

In addition, Buster Red Meats collects carcass data at the Finney County Tyson plant for local feedlots. This service brought in thousands of dollars each month and has now came to a halt for the time being.

Despite the adversity individuals are facing, the community has come together to support those directly impacted. During the outbreak fire numerous businesses and organizations reached out to first responders and employees. Even local schools hosted employees until they could contact their families and inform them that they were safe despite the dire situation. The love and support continues even after the fire with the quote “We Stand With Tyson – Forward Together”, posted around on social media. Hopefully, with this love and support, events will eventually return to what they once were.